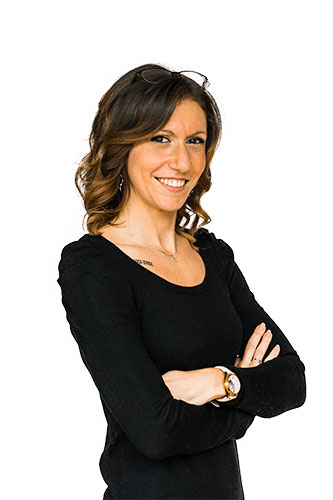 Catherine de Bouyalski, who earned a degree in law with highest honours from the Université Catholique de Louvain (UCL), has been a member of the Brussels Bar since 2008 She is a recognised specialist in private international law and immigration law by the French Brussels Bar (Ordre français du Barreau de Bruxelles).

From the very start of her academic career, she showed a strong inclination for immigration law and private international law. Her legal studies culminated in a seminar on the theme of examinations as to jurisdiction, prorogation of jurisdiction, and lis pendens and related actions in the Brussels I Regulation, which earned her a slot on the shortlist for the Jacques Falys prize.

Given that pleadings are a non-negligible part of her duties, she makes it a point of honour to have an in-depth understanding of their workings. She was recently selected as one of the nominees for the “Prix Boels”, which rewards the best pleadings by a law intern.

She completed her traineeship at the law firm of Blanmailland et Associés, where she specialised in immigration law and public international family law. She primarily practises in the following areas:

In November 2016, Catherine de Bouyalski was named partner at the Altea law firm where she has worked since its creation in 2012, alongside Céline Verbrouck, Michel Kaiser, and Emmanuel Gourdin. She strives to provide legal services with the same level of thoroughness and care as every single one of her partners and fellow lawyers in each of their practice areas.

Her particular fondness for issues related to paternity and the overall best interest of children has led her to develop strong expertise in areas such as surrogacy. She now represents a large number of clients who wish be recognised as parents following an international surrogacy process.

In addition, she has contributed to the formation of case law in a number of her practice areas by convincing courts to issue innovative rulings; she has had the opportunity to represent both individuals and not-for-profit groups in their challenges against statutes that violate fundamental human rights, especially the right to private and family life and the best interest of children.

Furthermore, she provided free legal consultation services on legal residence issues on behalf of the ADDE in 2013 and 2014, and is a member of the Foreigners’ Commission of the Belgian Human Rights League.

Committed to alternative dispute resolution, she completed an accredited family mediation training course at the Jean Cruyplants Centre in 2015 and 2016. This course allowed her to confront family issues from a new perspective that is far more in line with her views on national and international dispute resolution.